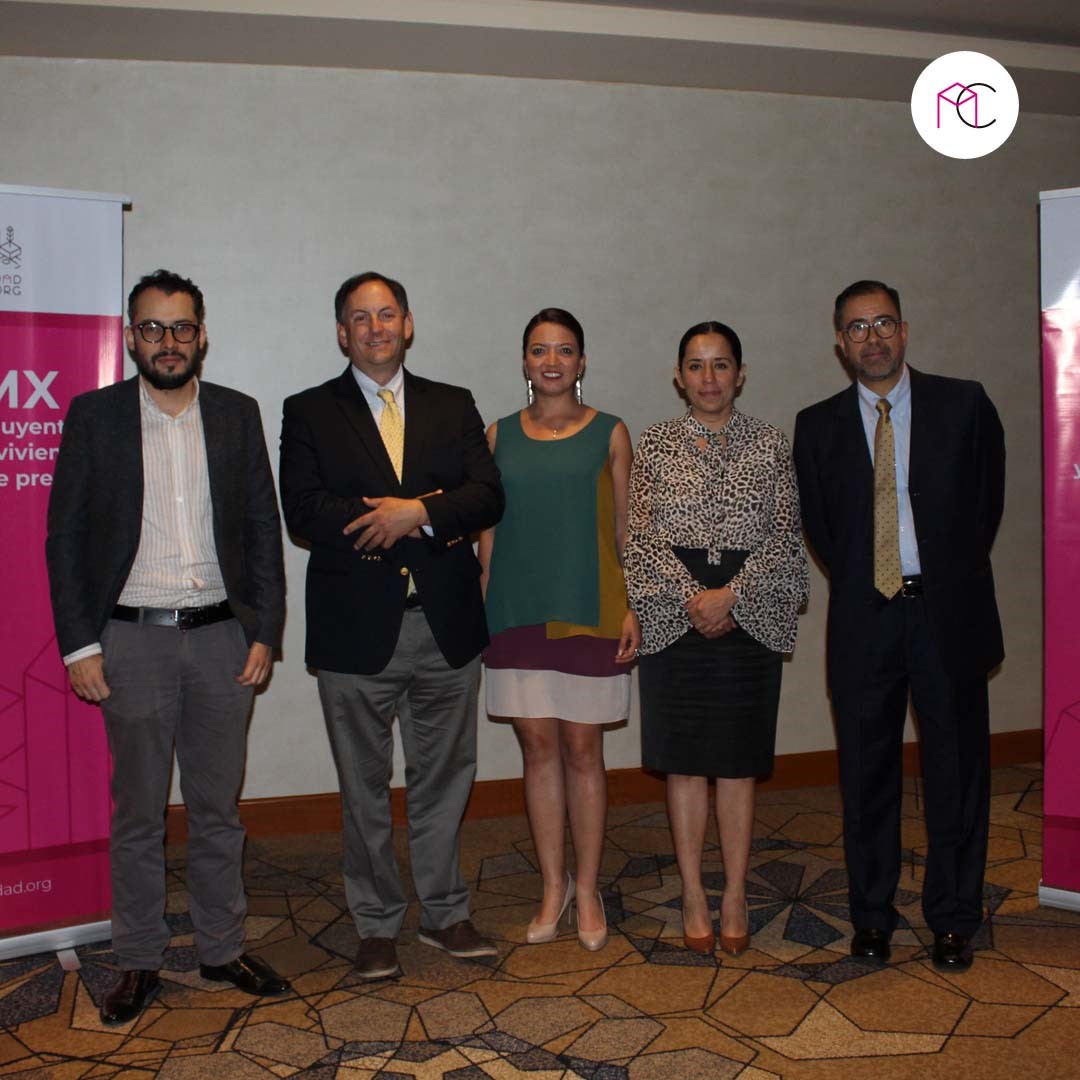 Mexico City, August 1, 2018.- Experts in urban policy and mobility convened by the organization Mejor Ciudad alerted today in a press conference that the real estate dynamic of Mexico City is headed toward expulsion of the most economically disadvantaged population in the face of the low supply of affordable housing in the central zones of the capital. They also indicated that with the arrival of the new government, there is the opportunity to change the status quo of current urban development in Mexico City, to promote an efficient regulatory framework for the construction of adequate housing and infrastructure, and to create affordability in the real estate market for the population of different economic segments, which will contribute to resolving problems such as mobility, sustainability, and safety, among others.

According to data presented by Gene Towle, director of the real estate projects consulting firm SOFTEC and member of the Advisory Board of Mejor Ciudad, the city closed the last quarter of the year 2017 with a contraction of 8.4% in the new finished housing supply, a reduction of 3.5% in the units and inventory, and 0.8% in the number of projects, at the same time there being an increase of 32% in the unitary prices of the medium and residential market, of 31% for the economic segment, and of 43% for the social segment.

In Mexico, 75% of the population lives in cities, nonetheless, Dolores Franco, president of the Mexican College of Urbanists, explained that the phenomenon of exclusion of inhabitants in Mexico City is due in large degree to factors such as difficulty and slowness to manage permits and licenses, as well as the complexity of the standard in matters of obtaining permits, which promotes speculation on land and increases the costs. “Unfortunately, a circle of mistrust has been created between civil society, the authorities, and private initiative, which has set off a contraction in the supply of housing in Mexico City, in addition to an increase in prices, above all in places close to sources of transportation, work, and leisure,” she indicated.

The urbanist explained that while the production of housing is hindered longer, the existing and future supply will become more expensive, it will cause the city to expand even more, it will become even more exclusionary, traffic will increase, as will the difficulty to provide services to everyone.

On the other hand, Dr. Ignacio Kunz, specialist in planning and urbanism, also from the UNAM, explained that there are two problems with planning that creates exclusion. One is using parameters based on density and another, the assignment of efficient and intensive zoning (Best and high). “In this modality, the value of the land is set for the most efficient use in each zone, with which the costs are elevated and the purchase of properties in central zones for those who have less economic resources is made impossible.” Kunz indicated that while the standard must be judicious, the more complex and obstructive of Urban Development programs it is, there will be more cases of corruption, greater misplanned exceptions, and more bad stories to tell in real estate matters.

Jorge Macías, Director of Urban Development and Accessibility for World Resources Institute Mexico (WRI), added that in preliminary WRI studies, the New Constitution of Mexico City offers the citizens the opportunity to improve the planning system and as such, it must ensure orienting the urban efforts of the new government toward a more equitable division of the opportunities that the city offers us.

In this sense, Janet de Luna, Director of Projects for Mejor Ciudad A.C., indicated that the long-term ordering and planning of our city is a very urgent and necessary issue, that never before has been as relevant as in the current moment. “Simplifying the standard and removing contradictions to give certainty to all of the actors involved in real estate development is a fundamental, that is, for the developer and the community to know what can and/or cannot be developed and for the authority to have clarity on those that can or cannot be authorized.”

De Luna proposed that to make a clear standard, on the one hand zones must be identified with surplus of infrastructure at the same time that it is reinforced in others close to work and transportation sources, and, on the other hand, enable the Democratic and Prospective Planning Institute to design clear and direct zoning that allows for mixing local commerce with work centers and housing, involving members of civil society, authorities, academia, and private initiative.

Finally, the Director of Projects for Mejor Ciudad made a call to civil society to accompany, supervise, and even accelerate the agenda to streamline the periods stipulated by the Mexico City Constitution in the creation of the General Development Plan and the Territorial Ordering Program and with this, achieve making a better city from ours.