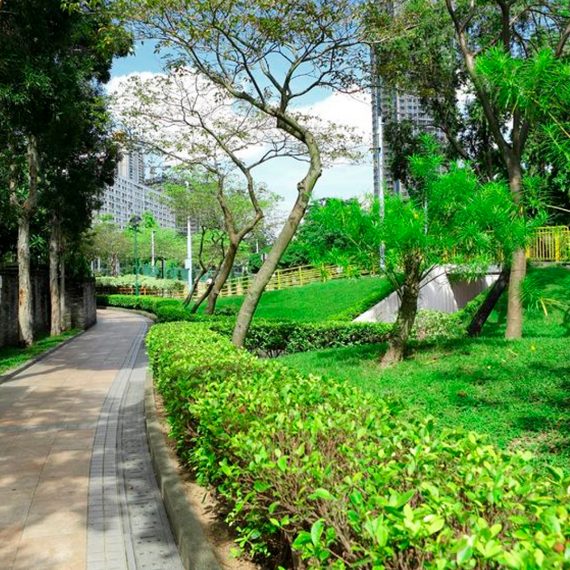 We are confronting a water crisis. On the one hand, we have an enormous deficit of water and our city suffers scarcity. On the other hand, each year, billions of liters of rainwater flood the city and overflow the drainage.

In Mexico City, 70% of the water that we use comes from the subsoil. The disequilibrium caused by extraction without any capture mechanism is even causing sinking and creation of sinkholes in the city.

At Mejor Ciudad, hand-in-hand with the Miguel Hidalgo Borough and EET Estudio, we support the capture of rainwater and foster innovation in these practices.

San Miguel Chapultepec is one of the many historical settlements that have been trapped in the urban fabric of Mexico City. Today this neighborhood with a great tradition confronts serious problems in the rainy season due to the low capacity of the drainage system that the zone has.

For this reason, we participated in a project aiming, on the one hand, to create safer mobility in the zone, and on the other, to capturing the rainwater that runs off into the zone through a system of infiltration wells and dispersal pathways, preventing waterlogging and floods.

Through the intervention of four intersections where infiltration wells are implemented, it is planned to capture several hundred cubic meters of water per event, which later will be reinserted into the subsoil or utilized for an increased vegetable mass. 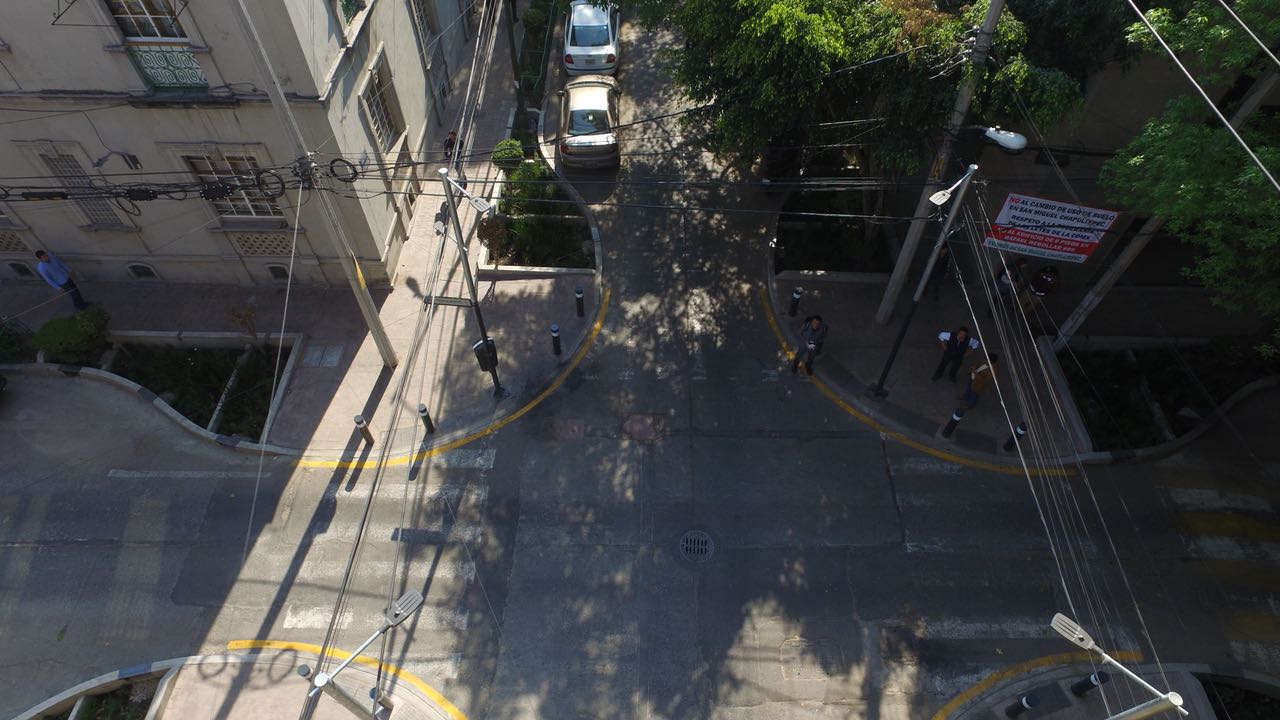 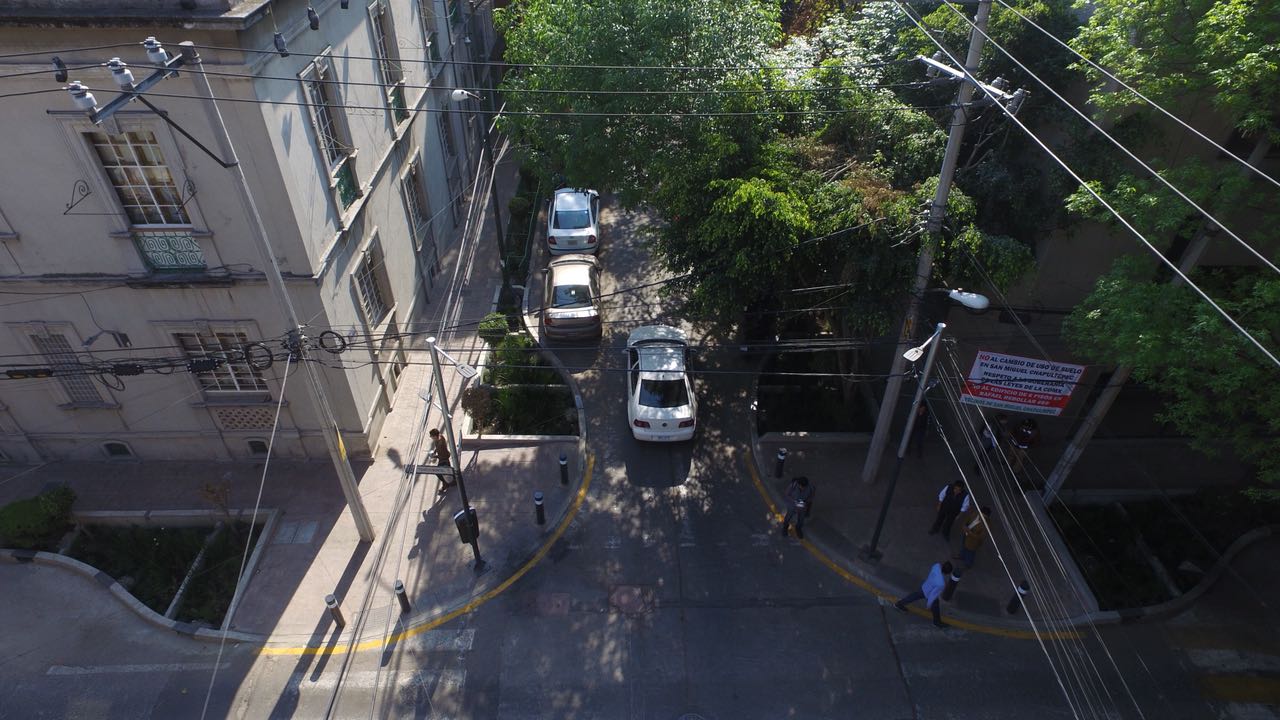 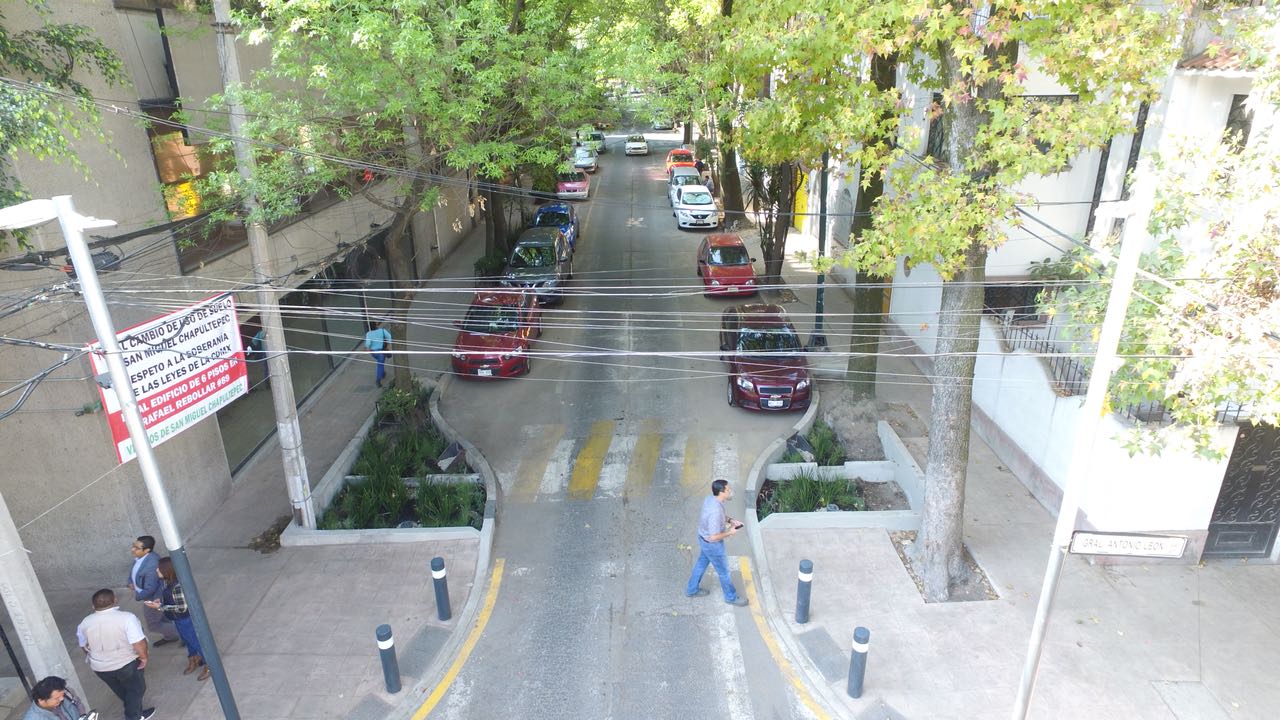 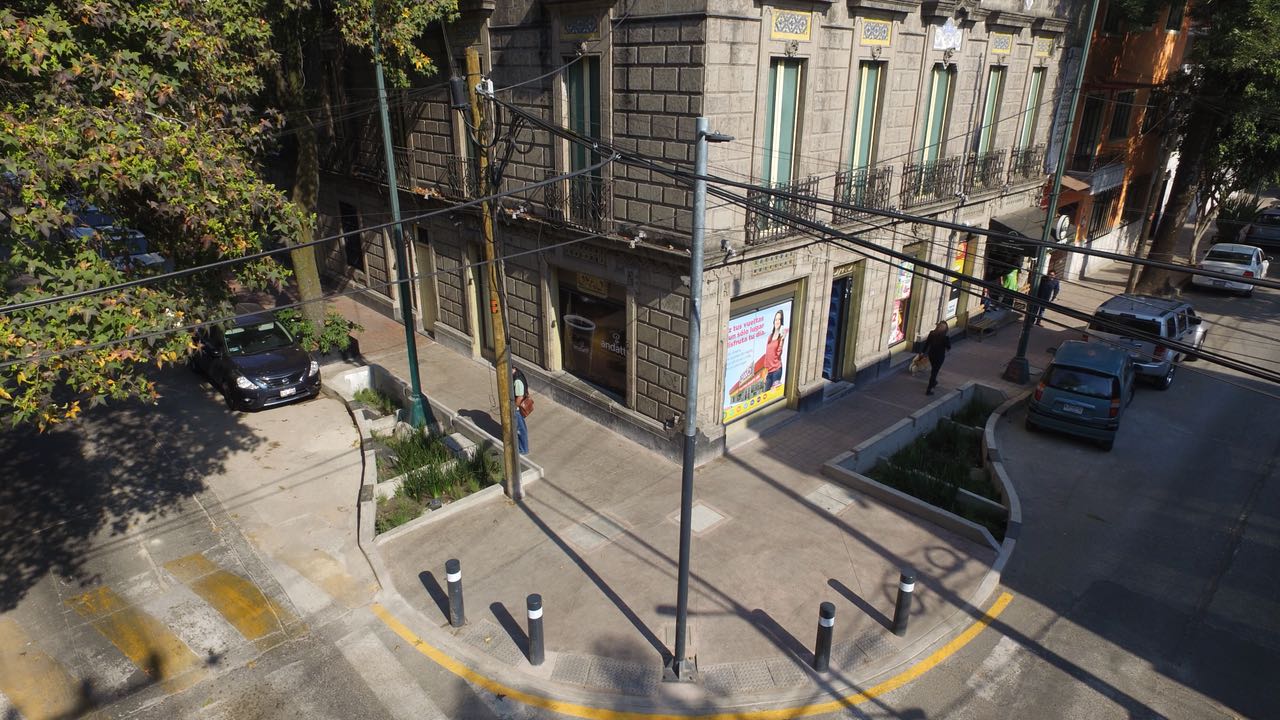 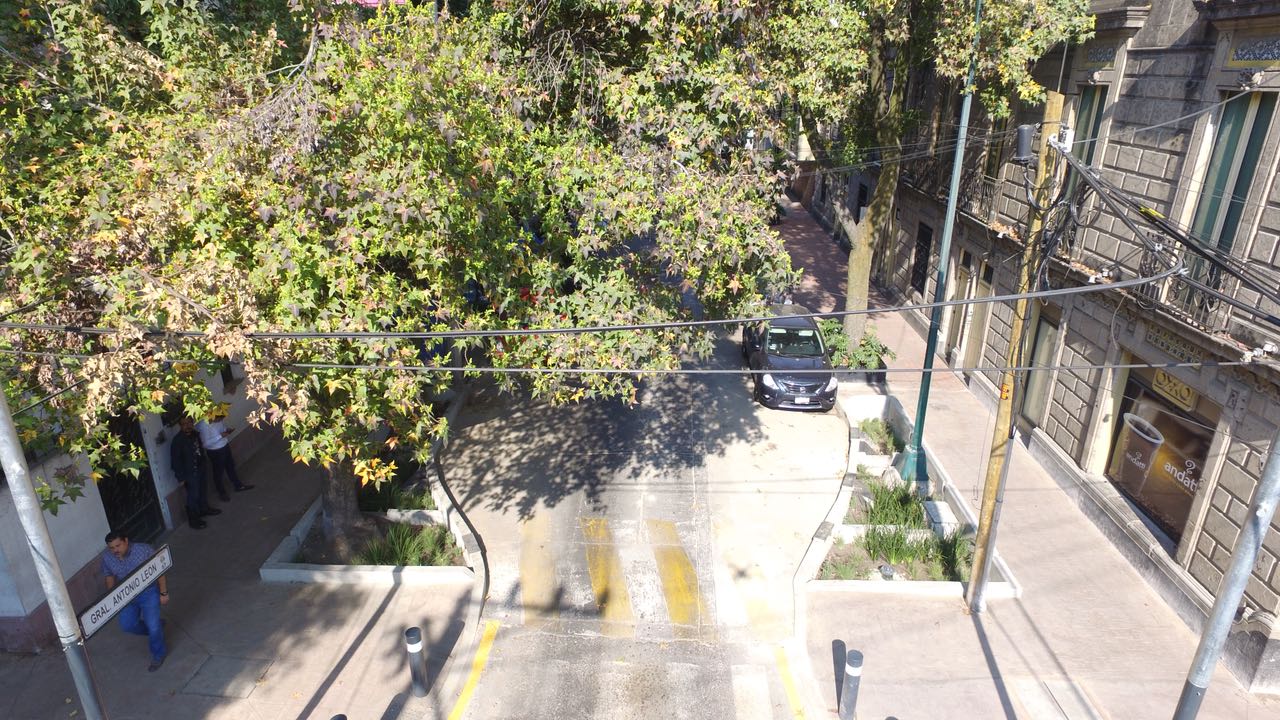 Mejor Ciudad collaborated with the Miguel Hidalgo Borough to build infiltration gardens in the San Miguel Chapultepec neighborhood. In addition to the impact on the zone’s water management, a safe crossing was created for pedestrians and the urban image of the zone was improved.

In this video, the borough president Xóchitl Gálvez and Gustavo Madrid, Board Member of Mejor Ciudad, explain what this intervention consists of: 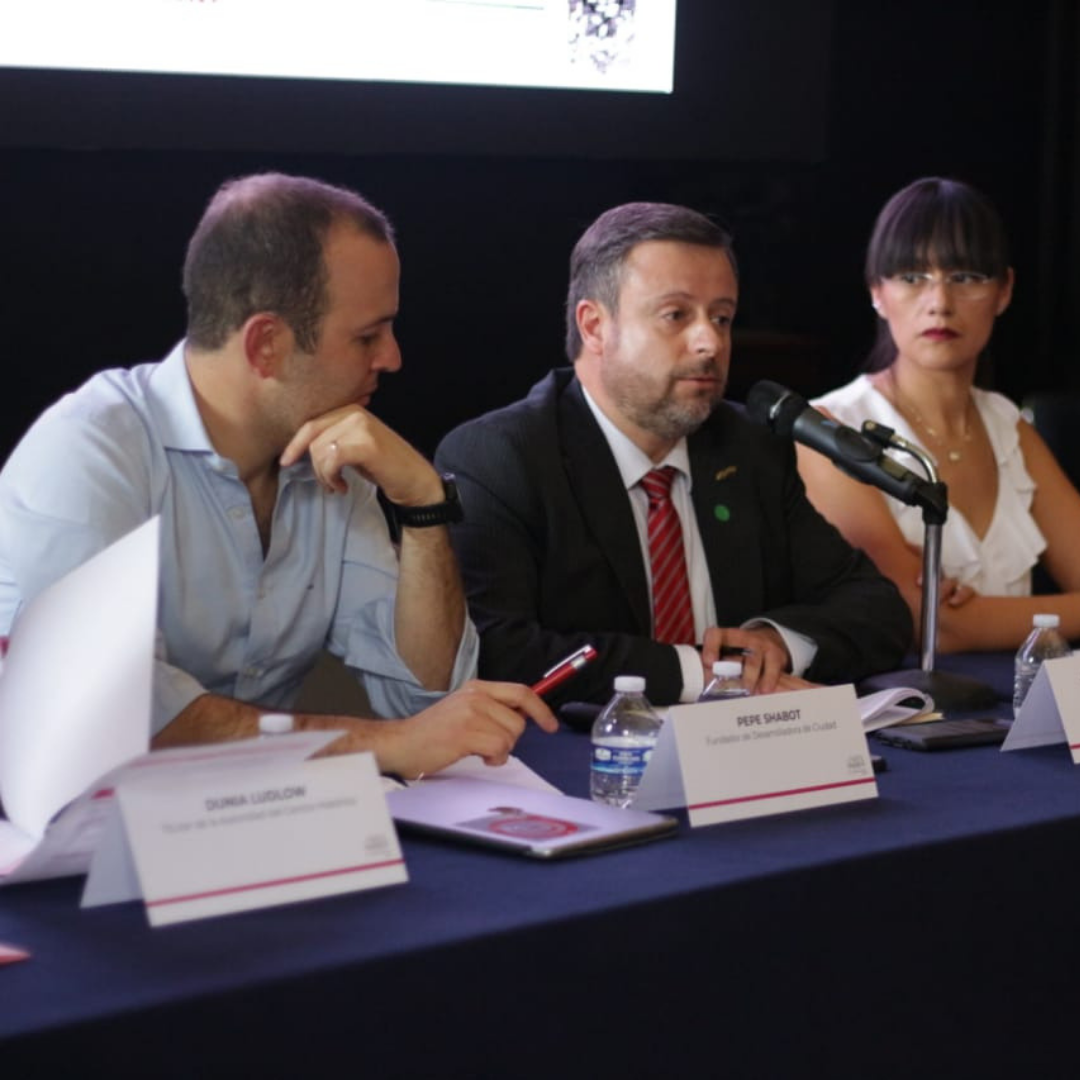 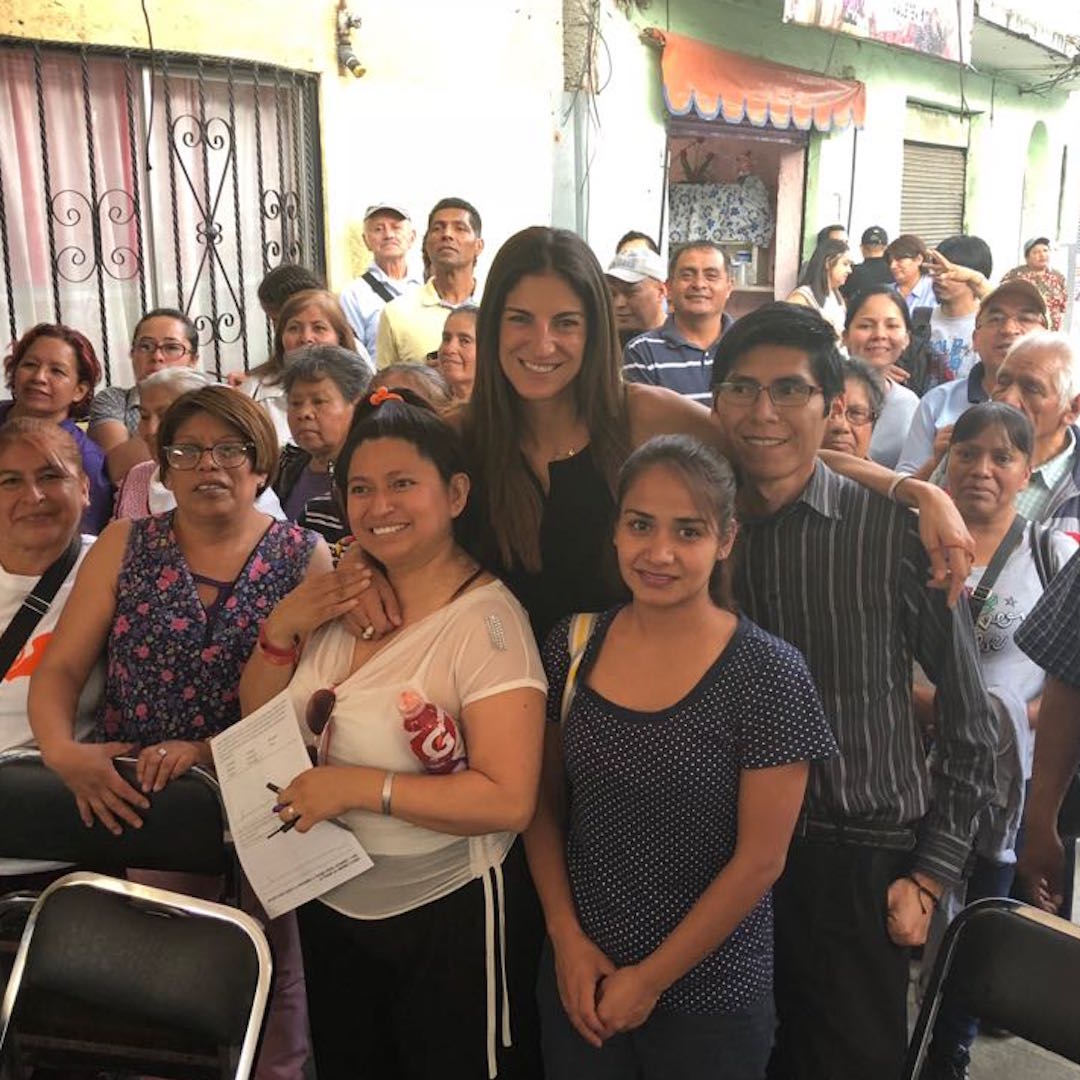 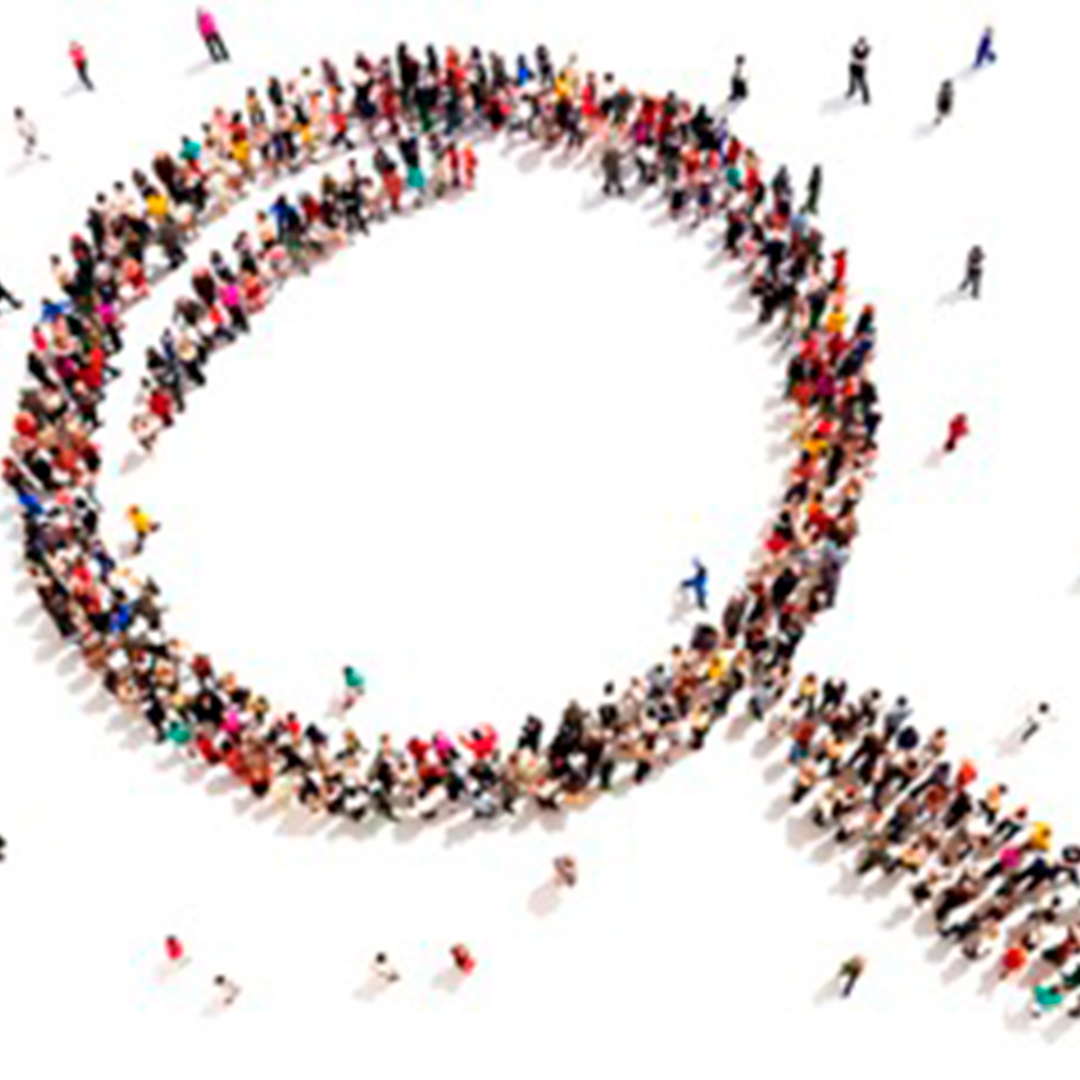